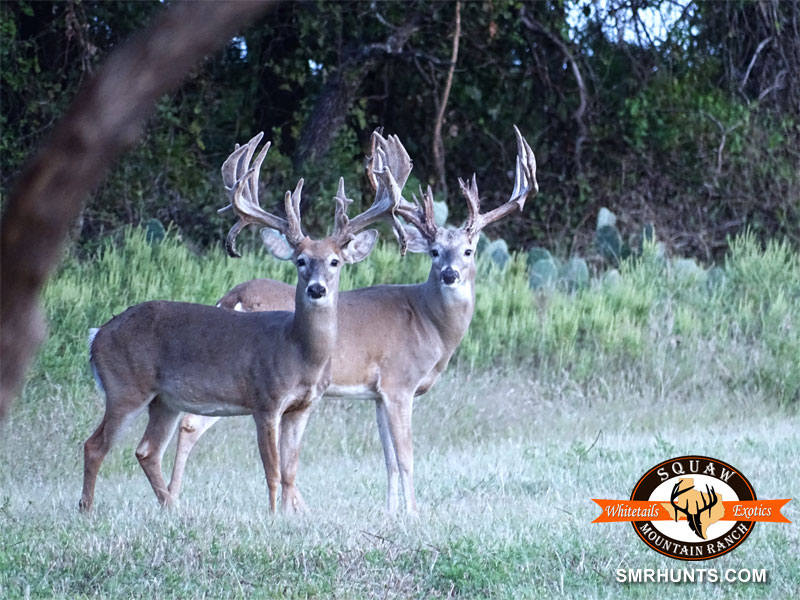 Whitetail deer roam around the country in various woods and mountainous terrain. However, there’s nothing quite like Texas. Texas has the perfect habitat for whitetail deer to thrive. It’s what makes Texas the home of deer hunting. The state has the perfect blend of habitats, and the optimal growth of the whitetail diet to sustain a large population. People come from all over the country to hunt whitetail in Texas, and for good reason.

Whitetail deer focus on a large blend of different food sources to maintain their growth. They eat roughly 600 different forms of vegetation found in Texas alone. They commonly feed on weeds, legumes, fruit, grasses, agricultural crops, and certain forms of bushes and trees. They feed mostly on whatever they can reach. Texas hits most of their diet necessities, and so they thrive in the environment.

Predators and the Role They Play in Whitetail Deer Habitat Choices

Texas is vast; we all know that. Due to the amount of free space that’s untouched by humankind, whitetail deer are able to live peacefully. Closed-off areas like the woods of New Hampshire, where there’s a highway going every which way, deters whitetail from travelling. It educates the northern species to avoid certain areas, and so they are harder to hunt by humans, and easier to hunt by natural predators.

It’s just another testament to Texas hosting the prime habitat for whitetail to populate. There’s a lesser number of predators per square mile. The climate here in Texas is the perfect example of what whitetail deer need to rapidly grow. There are so many whitetail in Texas that we often turn to prescribed burnings, food planting, and deforestation (thinning the amount of trees per square mile). With whitetail come parasites and disease, so hunting is plentiful, and often encouraged.

Depending on the season and their habitat, whitetail deer gather in herds. During the winter months, even in the heat of Texas, their instincts tell them to huddle close. They are able to move swiftly in large groups to food sources or watering holes, while avoiding run-ins with those who hibernate during these months.

If the landscape is plentiful with edible brush and vast water sources, they play lookout for one another in an unconventional way. When a herd of whitetail are all drinking at the same time, one of their own are tuning into their keen hearing. Whitetail can hear for around a mile away. One crunchy leaf beneath your boot can set them off, and the entire herd can take to the forest floor and be gone before you know it.

Hunting in the wintertime can be a bit tricky in these regards, but there are benefits as well. If you’re a tree stand hunter, you can capitalize on their winter habitat. Getting more than one shot off, or if you’re skilled enough, firing crossbow bolts, can hold the element of surprise and allow you to dominate the playing field.

There’s the specific wedge between time known as summer. This is when whitetail end up in the meadows and wide-open areas far more often than forest areas. They love to soak up the summer sun, and they can’t do that when there’s a canopy of foliage in the way. The forest doesn’t supply them with the body heat level they’ve been waiting for, so they take to the wide open areas. Unfortunately for the whitetail, their predators do the same thing.

Mountain lions and bobcats stalk the meadows and grassy fields for whitetail. Specifically, they hunt for doe and fawn. A whitetail buck’s antlers can cause immense damage and actually stave off most of their prey, and so they don’t mess with them. Whitetail are under more potential danger in summer than they are in any other season, so they’re on high alert. They tend not to travel in herds anymore, as well.

Also known as a den—when the buck goes into rut, they mark their territory. Buck antlers harden as time goes on, until they have a thin layer of velvet on the outside of them. That’s when they scrape them against trees and chip the bark off. You can notice a whitetail deer’s rutting grounds when you see them. This is the most dangerous time for hunters to pursue whitetail buck; even some predators stay away during this time.

Their habitat is usually a half an acre or so, and they stick to their grounds for quite a long time. Unless they are run-off by a predator or hunter, more often than not, they’ll fight to the end. There’s nothing distinct about this habitat minus the bark markings. When whitetail buck are in the rut, their testosterone is on high—it’s one habitat you don’t want to venture into. If you run into a buck that’s in rut, back away slowly, and leave their hallowed grounds. If you’re paying attention to your environment, you’ll be able to see the bark markings, and know to stay away.

Whitetail doe take to specific areas that can be the most crucial for a plentiful haul. Whitetail deer travel all over the place, sometimes up to 10-20 miles per day. When they have fawn, however, they end up staying pretty close to a watering hole and a food source. There aren’t too many defining characteristics about a nesting ground for a whitetail doe, but when you spot one, you’ll know it for a few reasons.

With the optimal habitat and plentiful game, Squaw Mountain Ranch is the best place in Texas to hunt whitetail deer, and enjoy amenities designed for the hunter in all of us. Give us a call today at (830) 275-3277 to set up a tour, and speak with our professionals who ensure that you’ll have the perfect hunting experience no matter what. We’ve preserved the perfect whitetail deer habitat in Texas for hunting.