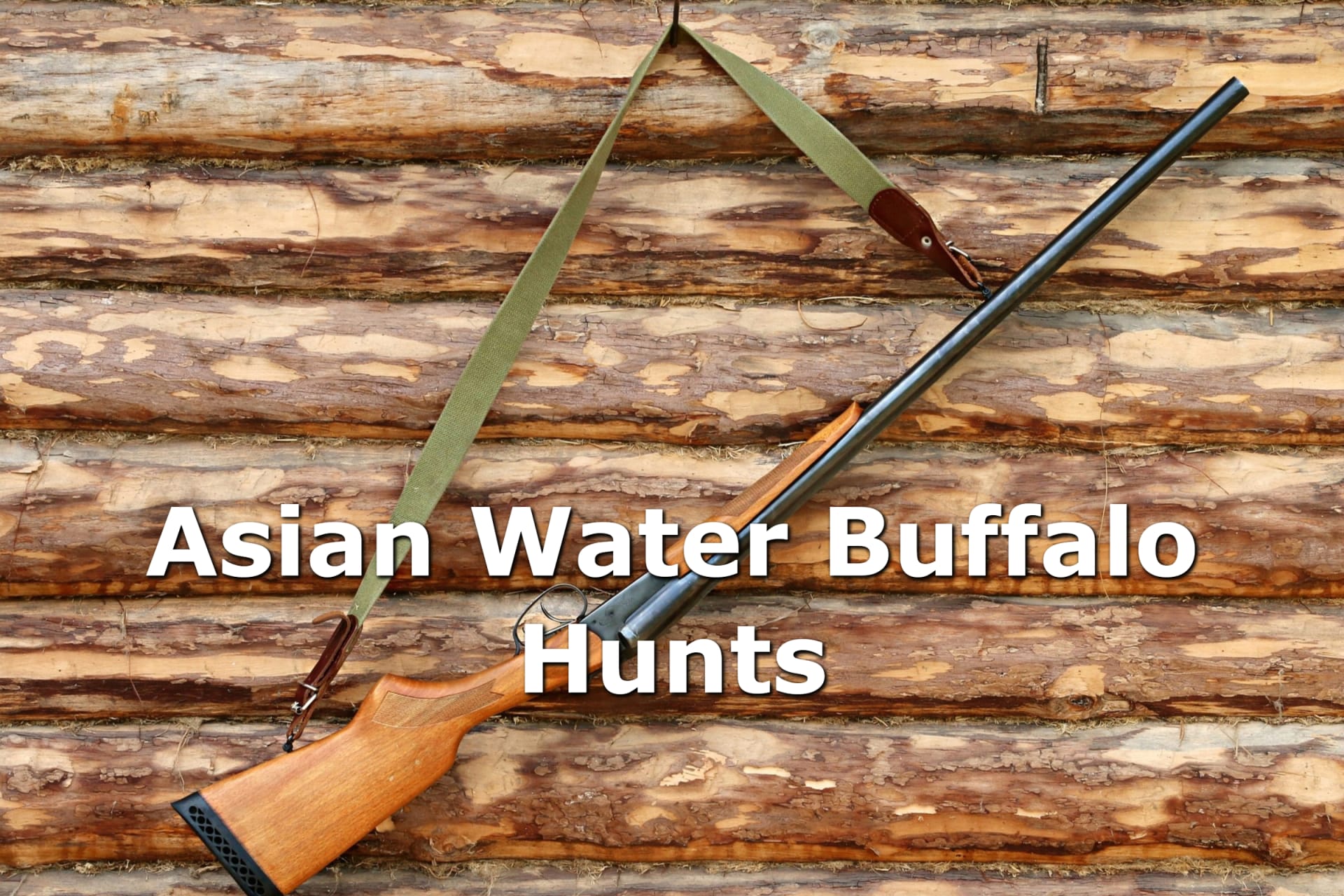 What Is an Asian Water Buffalo?

Many people prize this bovine for its milk, which is richer than cow’s milk. In some parts of the world, people also enjoy the meat of these animals. The Asian water buffalo is a massive creature that can weigh up to 2,000 pounds and stand tall at 52 inches from head to hoof. Compared to normal cows, Asian water buffalo are almost always a light brown to black color. Both bulls and cows have horns, but the bull’s horns are much larger, reaching a length of up to 5 feet when stretched out! Many people like to keep their skulls around because of their neat appearance.

The Habitat to Expect to See While Hunting Asian Water Buffalo

Asian water buffalo hunts are fun and knowing their habitat will help you locate them on our ranch. You may have already guessed it, but Asian water buffalo love to take a dip in the water whenever possible. Many of the climates that they live in are hot, and they cool themselves off by wading in water. This is good for them because SMR offers many water sources for them to relax in. When they aren’t in the water, you can find them rolling around in the mud. What’s the point of taking a bath if you aren’t going to get a little dirty now and then? Asian water buffalo roll in mud to protect their bodies from heat and potential sunburn.

Asian water buffalo, unlike other bovine, feed mostly on aquatic plants. They also enjoy eating reeds and juncacea, a plant that blooms small yellow flowers. Asian water buffalo don’t typically eat their food where they find it. If they find aquatic plants, they can be seen grabbing them from the bottom of the water and carrying it away before eating. Their stomach system is similar to that of dairy cows.

Mating Season and Activity of the Asian Water Buffalo

Asian water buffalo reach maturity at around 18 months and have a lifespan of 25 years in the wild. In captivity, their lifespan can reach to 40 years, however. Because the population of feral Asian water buffalo is so small, their activity in the wild has only seen limited study. We know that Asian water buffalo are active at both day and night. They often feed in the late evening, spending most days wading in water sources and rolling in mud.

Squaw Mountain Ranch seeks to bring the best hunting experience to all of its patrons, especially for Asian water buffalo hunts. Our ranch has all the necessities Asian water buffalo require and then some. With 23 ponds across our property, our Asian water buffalo aren’t limited on water features. This easy lifestyle lets them live how they want to, and they grow to be some of the largest in the area.

Guided Tours for All Types of Exotic Hunts

Alongside Asian water buffalo hunts, Squaw Mountain Ranch offers Texas whitetail hunts, elk hunts, red stag hunts, and even exotic animal hunts! We offer guided tours for any hunt you’re interested in. On a guided tour, we’ll offer you the information you need to track down your trophy and get it. SMR believes that hunters of all experience levels should have access to a hunting experience they won’t forget.

That’s why we offer our guided tours. If you’re a veteran hunter, we can give you tips on animals you aren’t familiar with. If you’re a greenhorn, we can help you set up and teach you how to find the trophy you’re looking for. SMR also offers its services to hunters with disabilities. We believe everyone deserves a chance to get their trophy animal! We’d love to see you come in. We promise you’ll be greeted by a knowledgeable and professional staff.

For more information about our Asian water buffalo hunts, give Squaw Mountain Ranch a call at (830) 275-3277!