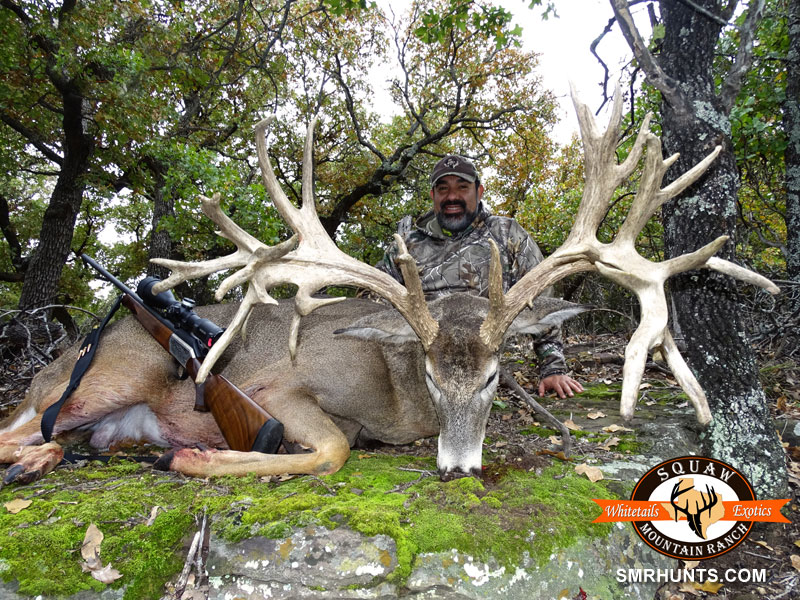 As winter approaches, some individuals begin to pack it in, or at the very least begin to grumble about the cold, wet weather, and snow. However, there are those of us who are aware of the situation. Whitetail deer hunting in Texas is excellent in the winter. Almost every other phase of the hunt becomes easier if you don’t mind wrapping up. In fact, winter is an excellent season to introduce a newbie to the sport.

It’s much easy to spot an animal now.

A deer’s inherent camouflage makes it difficult to spot in the woods. It’s especially difficult when the ground is covered in dead leaves and you’re trying to see movement through a sea of dull brown. A deer’s visibility isn’t the only factor that makes it easier to identify one. Animals are more active, which means they’re more likely to cross your way. After a fresh snowfall, movement increases dramatically. Animals, like humans, require more energy in cold weather to keep their bodies warm despite the cold. This means they’ll be hungry more frequently.

Obviously, there are no assurances when it comes to hunting, but a huge snow can change everything. When a significant snowfall occurs, set up near a food source—or between a sleeping area and a food source—you’ll likely notice a lot more movement than you would otherwise. When it snows, you get a one-two punch of easier hunting. Deer are more likely to cross your path, and they’re also much simpler to spot when they do.

When it comes to tracking an animal, a decent snow cover is similar to training wheels. If you know what you’re looking for, the snow makes determining the animal’s size and age simple. You might even be able to determine how long the deer has been there. The edges of new tracks are sharp, while the bottom of the track is compacted snow. With time, older tracks widen and disintegrate, and the packed snow at the bottom may have begun to freeze into ice. When you come across a track that appears to be new, you can begin to follow it. If you don’t like the tracks you’ve found so far, the good news is that you won’t have to wait long to uncover another.

It’s not just that tracks are noticeable. Other evidence of deer activity, such as urine stains and deer scratches, are also easier to notice with the snow. When you’re following a blood trail through a blanket of white, it’s nearly difficult to miss. Start tracking right after a 1- to 2-inch snowfall for optimal results. Old tracks will be covered, but new tracks will be readily visible—and the snow won’t be a bother to walk through. Even if the weather isn’t ideal, tracking in the snow is a lot easier than tracking anywhere else.

When it’s really snowing, the high winds and deep snow make it difficult for deer to see you. Wearing white clothing can help you blend in with the snow, and snow camo is less expensive than typical camouflage. However, visibility isn’t the only advantage you have. High winds in a blizzard blow your scent away and make it difficult for the deer to hear you. Their flaws are your strengths.

It’s a lot easier to get rid of your prey.

It’s a lot easier to drag a deer through a smooth snowbank than it is to drag one through grassy fields or rock-strewn forest pathways. If you want to make things even easier, you can transport your kill on a sled. Furthermore, you have less time limitations when it comes to transporting the animal back home because the snow transforms the environment into a natural meat freezer.

Take a trip to a winter paradise.

Camping in the winter is one of the most underappreciated aspects of the great outdoors. It’s an opportunity to wrap up warm and feel comfortable. Long johns, flannels, and thick coats take the chill off. You can appreciate all that winter in the woods has to offer when you’re all wrapped up. One of the simplest, most beautiful vistas is the striking contrast of dark, damp trees against a sea of white snow. If there’s something you enjoy doing at home in the winter, it’s even nicer when you can do it outside. Nothing beats brewing a hot cup of coffee in the backcountry (maybe Gundog Grind if you want to support their conservation efforts with wonderful coffee) and taking in the scenery while waiting for a deer to appear.

The best part about hunting in the winter is that there are fewer, if any, pests around. Mosquitoes aren’t an issue while it’s snowing, which may be the most significant advantage of all.

Bonus: Most of the rut hunters that crowded the woods in November are already gone is a huge plus. Some of them got their bucks, while others lost interest or had to return to work. There is less competition for whatever reason. You’ll have the woods to yourself most days if you hunt Monday through Thursday. Bucks move better when there is less pressure, so you’re in excellent shape.

Don’t give up rattling just yet. Here are some things to remember: